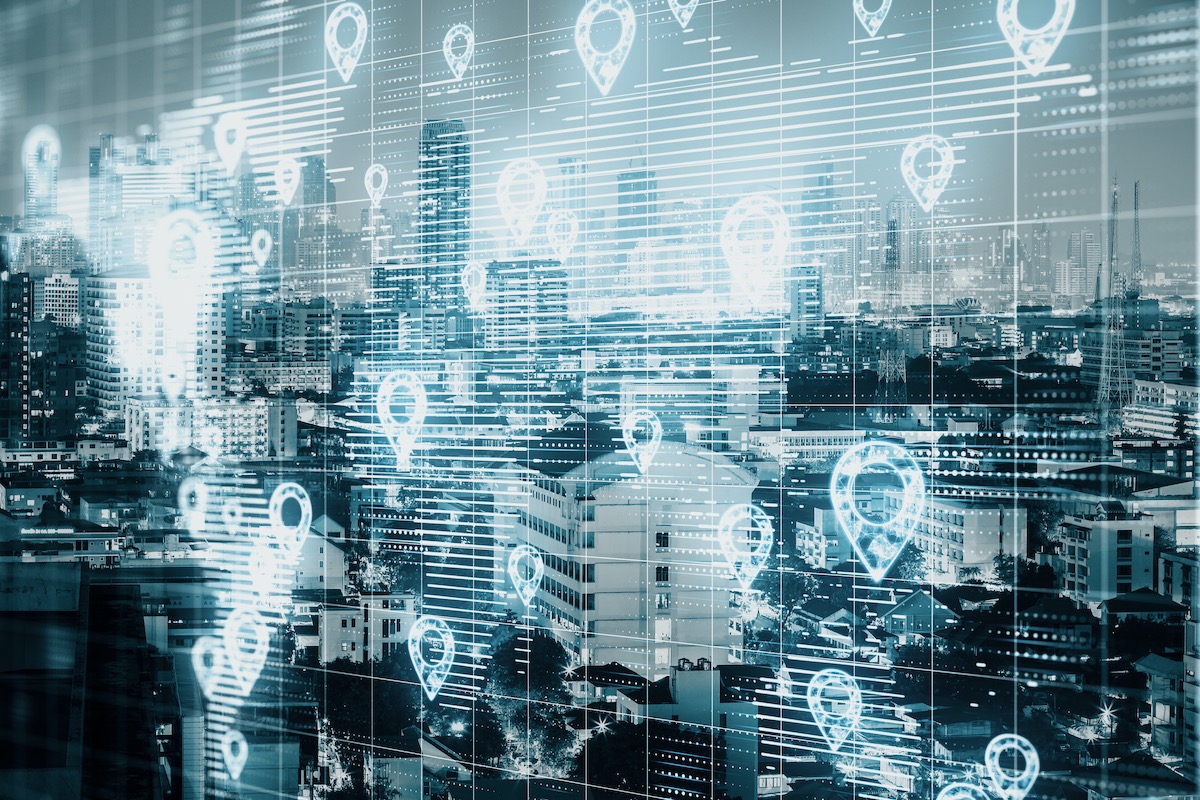 Citrix ADCs (formerly NetScaler) use an in-built MaxMind IP geodatabase which is great for conventional use, however, there are certainly numerous third-party databases available that are updated regularly, and contain more granular details.

A customer wanted to migrate over their existing NetAcuity geolocation database into the Citrix ADC with more entries than I had fingers, so data entry was out of the question.

Python. Let’s go another step further and build a script that is relatively straightforward and can adjust to various scenarios allowing us to kick back and relax.

Before We Get Going…

There are a few items for us to get out of the way for some context, references, as well as tips.

Wildcard Use in Geolocation Expressions

As referenced here: https://www.irangers.com/citrix-netscaler-geoip-broken/. Policies with wildcards need to have this command explicitly enabled. Considering wildcards are fairly important to mapping out geolocation details, it is necessary to ensure this function is enabled on the appliance, as by default it is not. The following command will achieve this for you:

The goal here is to take a geolocation database which which isn’t immediately compatible with the Citrix geolocation formats, and parse out the vital data and transform it into a useable format that can be imported onto the appliance. The Python script will be provided at the end of this guide.

How the Script Works

The script takes raw data, and once a delimiter is specified then specific fields can be chosen to match the default Netscaler geolocation db format.

The first 2 fields MUST be in dotted decimal format with the first entry being Start and the second entry being End of scope. Any line that doesn’t begin with 2 IP addresses are skipped over.

Example of DB entries from a non-native format:

If you’re using Linux or Mac then run the command below to be able to run this script as an executable. It checks if you have python3 installed as the default python interpreter then adds the shebang into the script and copies the script file into a .sh file. The script can be executed with ./geo rather than “python geo.py” a whopping saving of 1 second!

The same one-liner can be used on the ADC to achieve the same goal, which may be particularly useful for some deployments.

Windows users should have python3 installed to execute the script.

It’s easier to have the working files such as the script and the raw geolocation database file in a single directory so begin there. View the database file to view what the delimiter will be. In this instance it will be a semicolon ;.

Run the script with either command below:

The default value for delimiter is a semicolon [;] so either hit enter to continue or enter a different value.

After, the first line in the database is read, so work through the fields and input the numbers that correlate to the values. If no value matches then just press enter to continue.

After the values are finished, verify that everything looks good and proceed to create the database.

NOTE: The original geolocation database won’t be overwritten, but a new file will be created with “_processed” appended to it.

Depending on the size of the database, the script can take a few minutes to run. However, once completed the number of lines processed and lines skipped will be printed to the screen.

This demo only uses 10 lines however the actual database  I processed for the customer had well over a million lines. 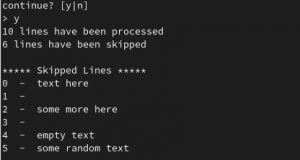 We can see the newdb.txt_processed file created has been formatted into the style we wanted and can easily be installed onto the ADC.

Transfer over the processed database in /var/netscaler/locdb/ using either winscp under ftp mode or scp.

This NetScaler CLI command shows more information about the database that the ADC can view. Lines shows the total lines including the NSGEO1.0 preamble while the next 10 entries are correctly read. 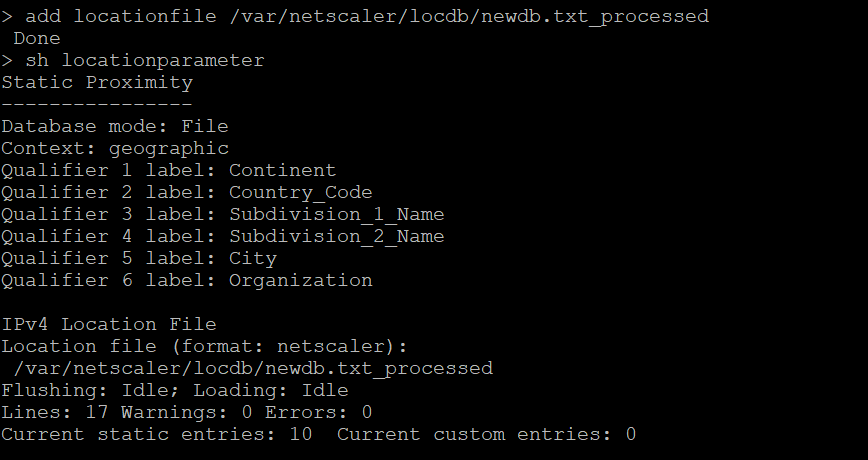 The nsmap command (from NetScaler CLI drop to shell) can be used as a dry run to test if an entry in the new database was working. Throw a dart anywhere with the keyboard and see if it works.

For this tutorial, I’ll be using a load balancer named vs-example and a responder policy. However, your implementation might be for GSLB and static proximity, which we won’t get into here. This responder policy will use the geodb to prevent access from any IP matching the Brazil country code.

Kick the tires and test it out in your own deployment to confirm expected functionality.

Save this code as geo.py. As a reminder, this was developed with a particular geodb in mind (NetAcuity) so it may need some restructuring for other geodatabase formats.

Hopefully, this script will be useful for administrators who need to deal with non-native geolocation databases on Citrix ADC. It is a manual task and some deployments may warrant either automated distribution of the converted database to other Citrix ADCs in the GSLB mesh, or automatically pull the geodb file and convert it on a scheduled basis. This could be handled by administrators manually loading the geodb onto a share with a scheduled task that checks for new databases at certain intervals, or if the geolocation provider supports it, making API calls with a clientID and secret key to retrieve the database periodically (if the geolocation vendor has such support).

Closing Tip 1: Those using GSLB Static Proximity; EDNS0\ECS should probably be enabled on your GSLB vServers as discussed here in order to enable Citrix ADC to determine the client’s true IP, and not that of the client’s local DNS server when requests are made to GSLB. This is an important consideration on the Internet with the prevalence of recursive DNS. And if the client’s DNS server is not truly local to the client (think of all those “DNS as a Service” platforms consumers tend to use), the results will likely be skewed and return a client IP which is not truly indicative of the end-users real location, rather that of the DNS server.

Closing Tip 2: If using geolocation details in expression policies such as responder or DNS Views, etc. in order for Citrix ADC to leverage the actual client IP when ECS is enabled, the expression “CLIENT.IP.SRC.MATCHES_LOCATION” may need to be changed to “DNS.REQ.OPT.ECS.IP.MATCHES_LOCATION”. This an important consideration when building policy-based DNS logic on Citrix ADC which will be covered in another Ferroque article this year, even on internal networks, when DNS recursion is enabled on DNS servers.