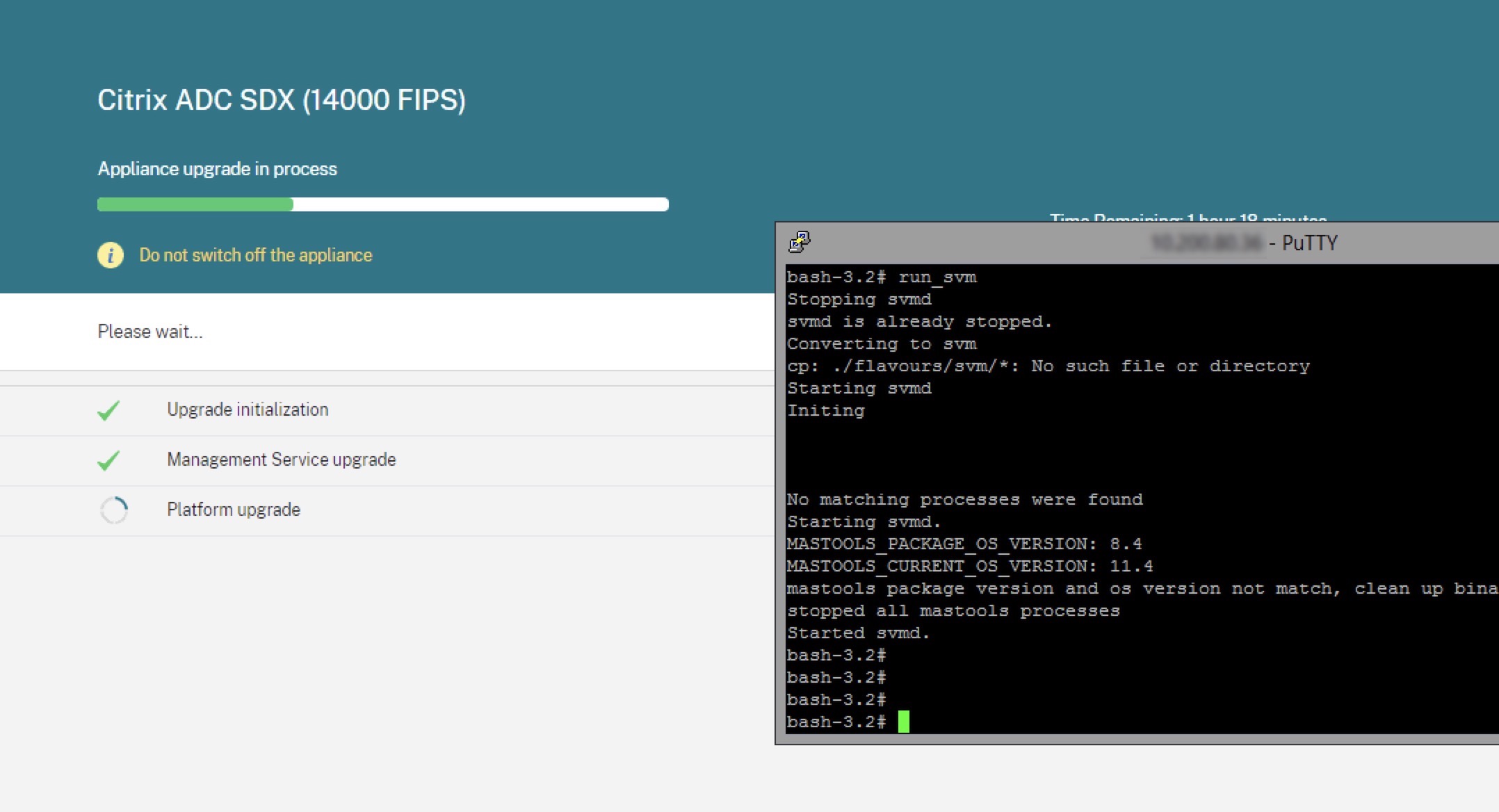 This post covers the first of two issues (the second that followed can be found here) we encountered recently while handling a Citrix ADC SDX upgrade to the SDX 13.1 bundle. With Citrix ADC 12.1 reaching end of maintenance in May of 2022, transitioning to a newer, supported release is required.

As luck would have it, we encountered two significant roadblocks which we felt deemed appropriate to document and share. The first issue is covered in this article, and the second that followed is covered in a subsequent article.

The issue covered in this post deals with the SDX bundle upgrade hanging for several hours during the Management Service appliance (SVM) upgrade. The SVM pinged out after its initial reboot, but attempts to connect to the GUI were reset, and nsroot was not accepted when attempting to SSH. We could however log in with nsrecover (which drops you directly into the shell and uses the same password as nsroot). This behaviour was repeatable, as the secondary SDX experienced the exact same issues.

Post-reboot, the svmd service hadn’t initialized on the appliance. With the SVM appliance accessible via SSH and the nsrecover account, we were able to get the process restarted by running the command “run_svm”. After several minutes of waiting, the initialization process was completed and the upgrade continued forward with the platform (XenServer) upgrade sequence which introduced its own problems in this 13.1 upgrade. 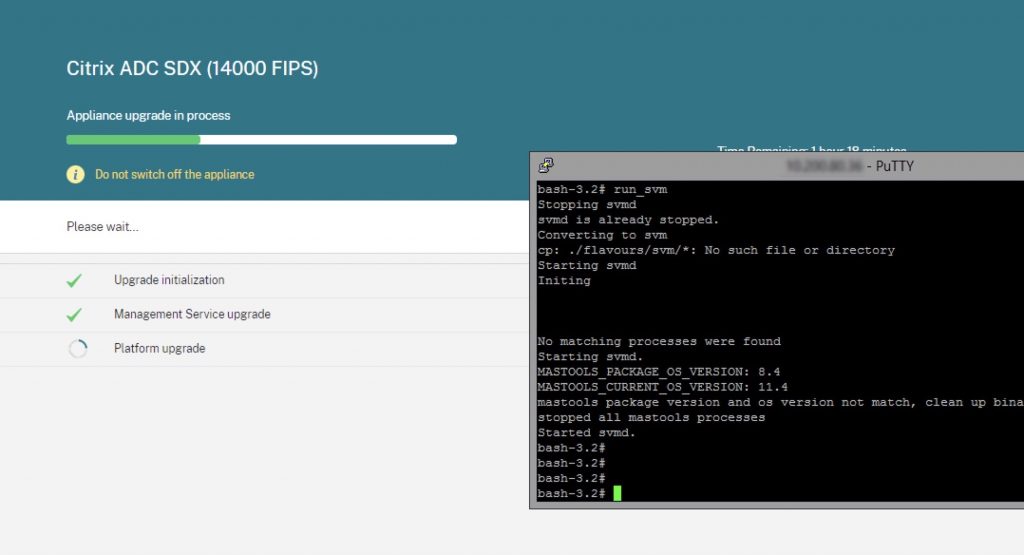