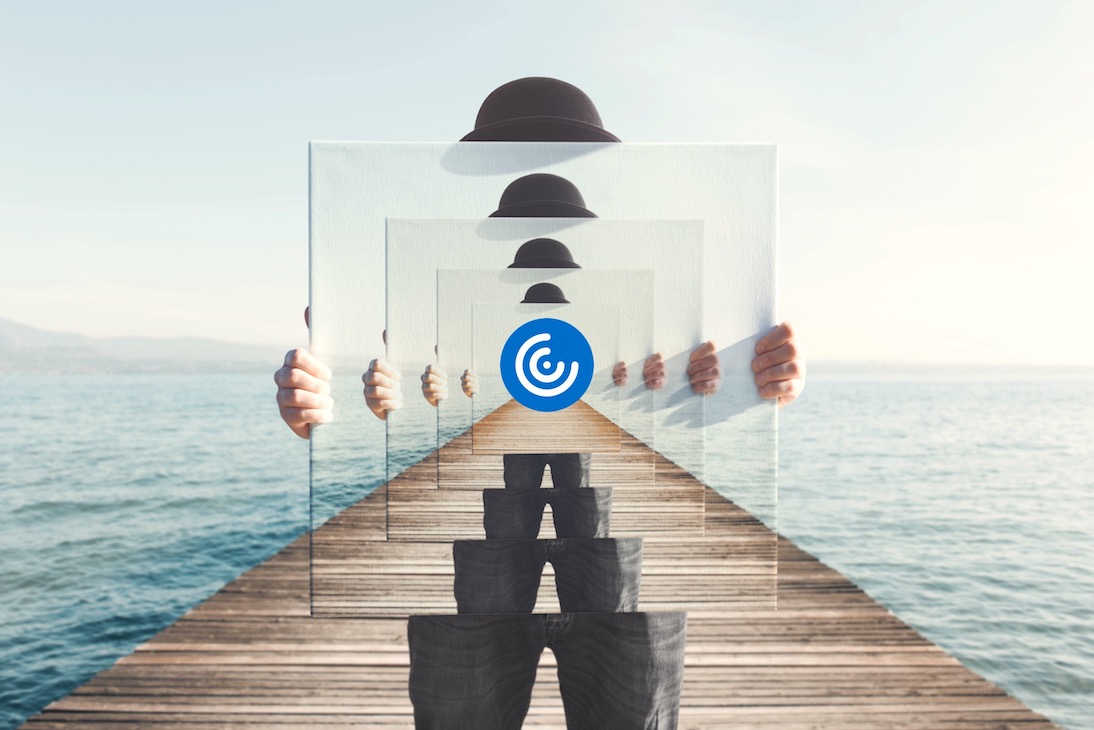 For the last few months, circa Citrix ADC firmware 13.1 b17.42 or higher, we’ve fielded some inquiries from customers experiencing authentication issues at Citrix Gateway post-upgrade. Generally, the user will authenticate to Citrix Gateway successfully (and aaad.debug shows as much) and they’re immediately dropped back onto the login page and prompted to re-login.

Strangely in some instances, failing over to a secondary node seems to stop the issue (but failing back seems to cause it to return inexplicably), or from the user’s end, clearing cookies of the Citrix Gateway webpage at login seems to work consistently. The appearance of the issue does not seem to be consistent across deployments on affected firmware, even if the root cause is present.

Within the 13.1 b24.38 release notes there were fixed issues that appeared to rectify the matter, however, we’ve seen this issue occur in the subsequent firmware release of 27.59. We have also read reports of this happening on more current 13.0 firmware (builds 8x.xx +).

In our experience so far, this has been a fairly easy fix. In the instances, we’ve discovered the problem came down to the Session Profile in use on the Citrix Gateway defaulting to a global setting. There has been some conflicting documentation over the years from Citrix on whether to override the global setting for the session time-out parameter in the Client Experience tab, but current documentation indicates no need to override it, even if relying on the default 30-minute setting. 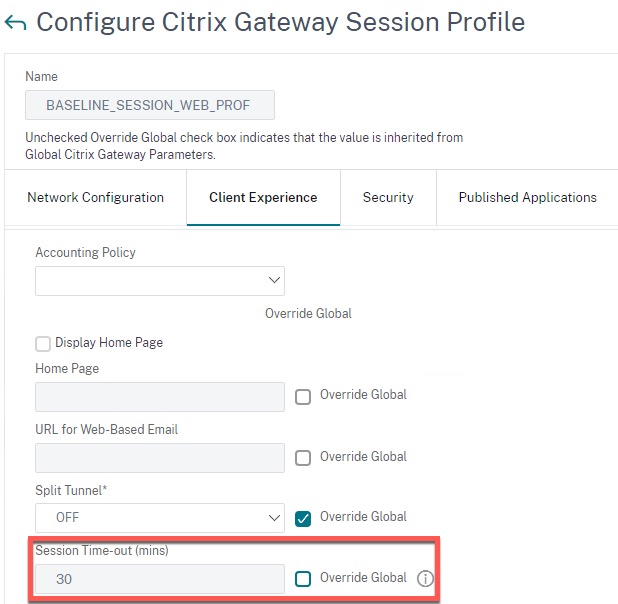 By flipping this to “Override Global”, the issue seems to disappear. It seems the session time-out setting at the global level is not being honoured / taking effect thus the user is dropped back on the login page as soon as they hit the session policy. Note that some admins have reported needing to set the parameter to 720 minutes, but for security reasons, we’d recommend starting with the default. 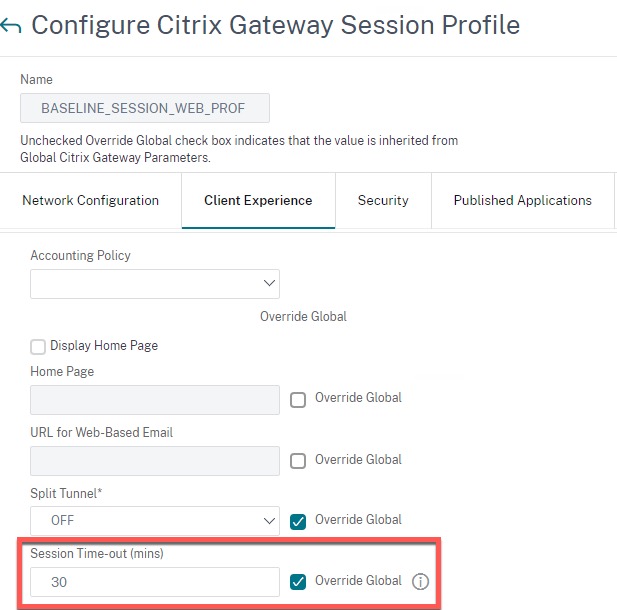 Hopefully, this resolution sorts someone out in a pinch should they encounter this issue.

We have this issue on VPX 13.1 17.42 and have the timeout set to default. One thing that I see that was not mentioned is that we see, for a moment, “loading apps” message before it goes back to login page. Have you noticed that?