Environment:
Complex multi-forest XenApp environment with access, XML brokers, and Session Hosts members of different forests with two-way trusts between each in place.

Issue:
As part of a farm consolidation initiative, XenApp 6.5 Session Hosts were transitioned from one farm to a larger farm, retaining their domain membership. Session Hosts joined farm successfully, qfarm /load revealed them ton be online, however application launches from both Web Interface and StoreFront resulted in errors. Event logs on both access tiers were logging either Event ID 30102 or 12346 “The Citrix servers reported an unspecified error from the XML Service at address http://xxxxxxx/scripts/wpnbr.dll [com.citrix.xml.NFuseProtocol.RequestLaunchRef]” or a variation thereof depending on product.

The following were investigated:

Screenshots of the error:

Augmenting the XML broker NIC’s IPv4 Properties > Advanced>DNS>DNS suffix for the domain name of the servers in the other forest domain resolved the issue, and applications commenced launching once all XML brokers in farm were updated with the additional DNS suffixes. 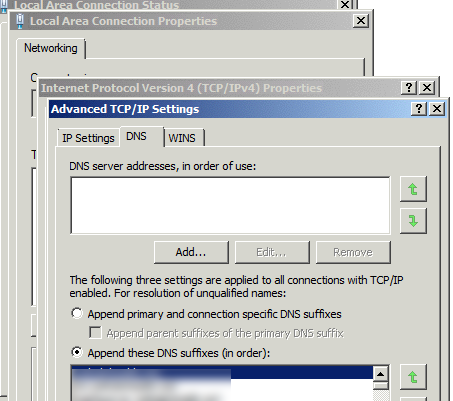